We had the most incredible experience in May when camping in the northern Los Padres National Forest. One day we hiked down to a swimming hole. It was a lovely walk. At the beginning we saw hundreds of butterflies congregating where a stream crosses the road. Further along we looked up and noticed two condors circling overhead. They swooped around for a while and eventually both landed on a high ledge high above us. They stood on the ledge for a long time staring into what seemed to be a shallow cave. We were intrigued by their behavior. It was as if they were watching something and chatting about it. Then they seemed to be necking and nuzzling each other. One did a funny display of opening its wings and shaking them at the other.

After an hour or so of observation, the wing shaker flew away and landed on another perch nearby surveying the landscape from there. As we continued staring at the cave ledge, a chick became visible for the first time behind the remaining adult. It was covered with grey downy feathers and looked for all the world like a stuffed condor toy. But it was BIG and at one point even spread out its baby wings. In retrospect, it seemed that the parents must have been adoringly watching their baby sleep when they first flew in. Later the mom flew away presumably to go “shopping” for lunch. We now know it was the female who left because Eric took photos in which we can see the tag numbers on their wings. There are biographies of each of them here.  Look for #219 Puff Daddy and #231 Wild 1. The whole experience was quite something. Condor’s Hope indeed!

There is no information about this chick on the website yet, however we discovered a post with a video of the chick dated May 7, 2020, a couple of weeks before we saw it,  on the ventanawildlifesociety  Instagram page:  “We are thrilled to report that we confirmed another nest this week! We rely on GPS to monitor many of our more remote nests, but luckily we got to see this little cutie in person. This chick is about a month old, and is roughly the size (and shape) of a bowling ball. 😍 It’s being taken care of by some of our oldest and most experienced birds: 219 & 231. 219, aka “Puff Daddy” and 231 aka “ Wild 1” have both successfully raised chicks in the past and seem to be doing a fantastic job so far. It’s shaping up to be a wonderful nesting season for the Central CA flock!”

There are now over 1000 condor chicks. You can learn more about the condor story here. 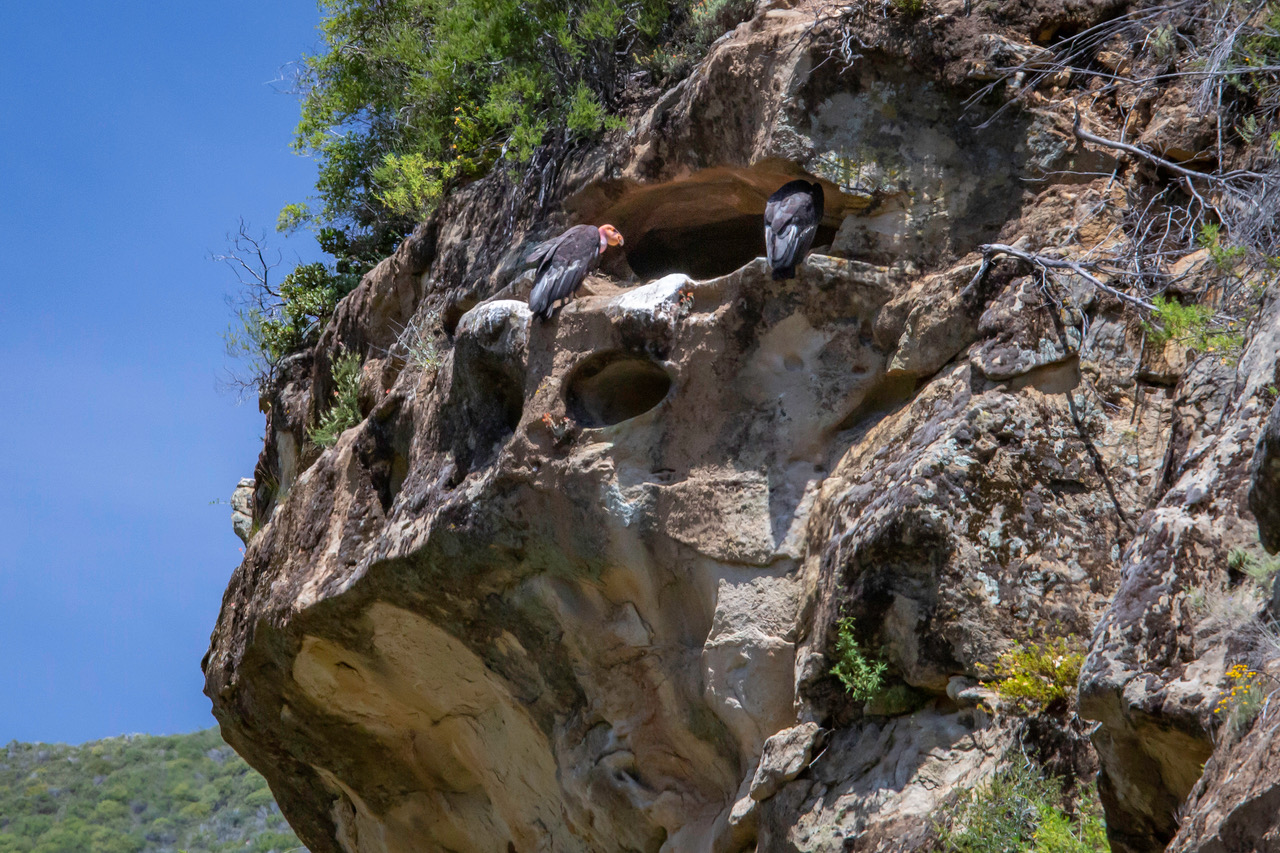 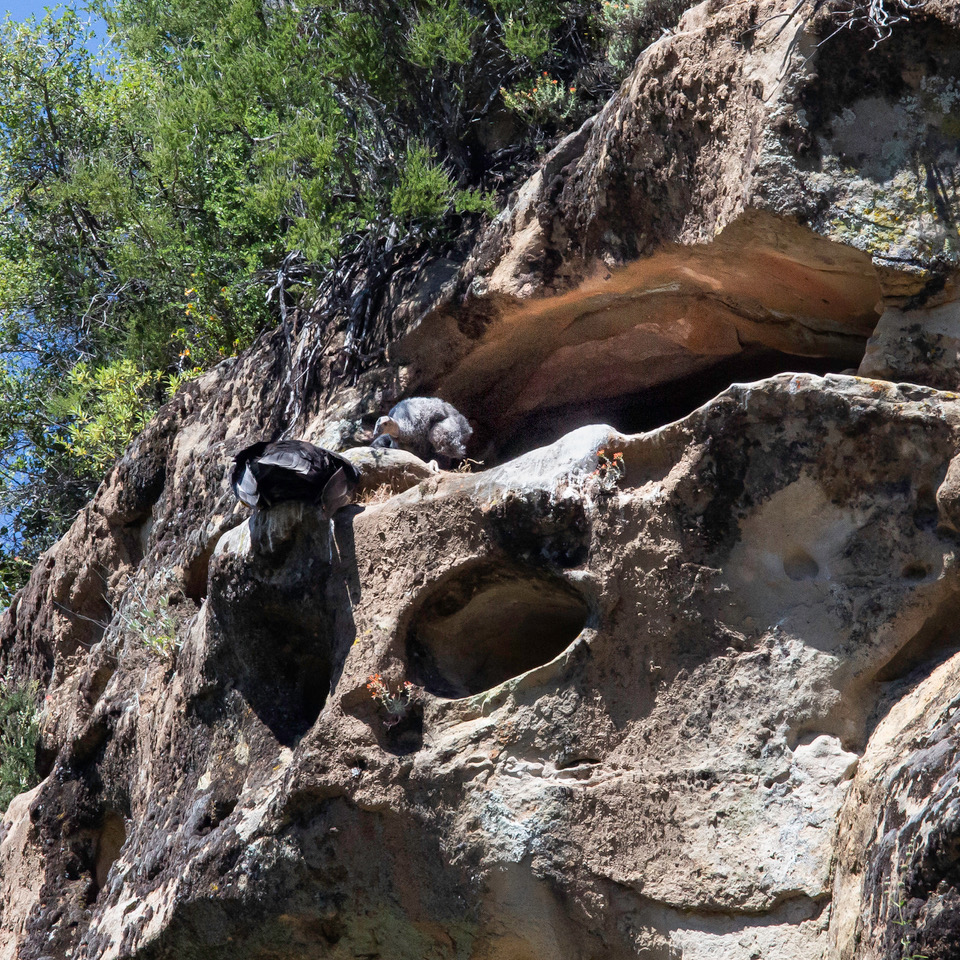 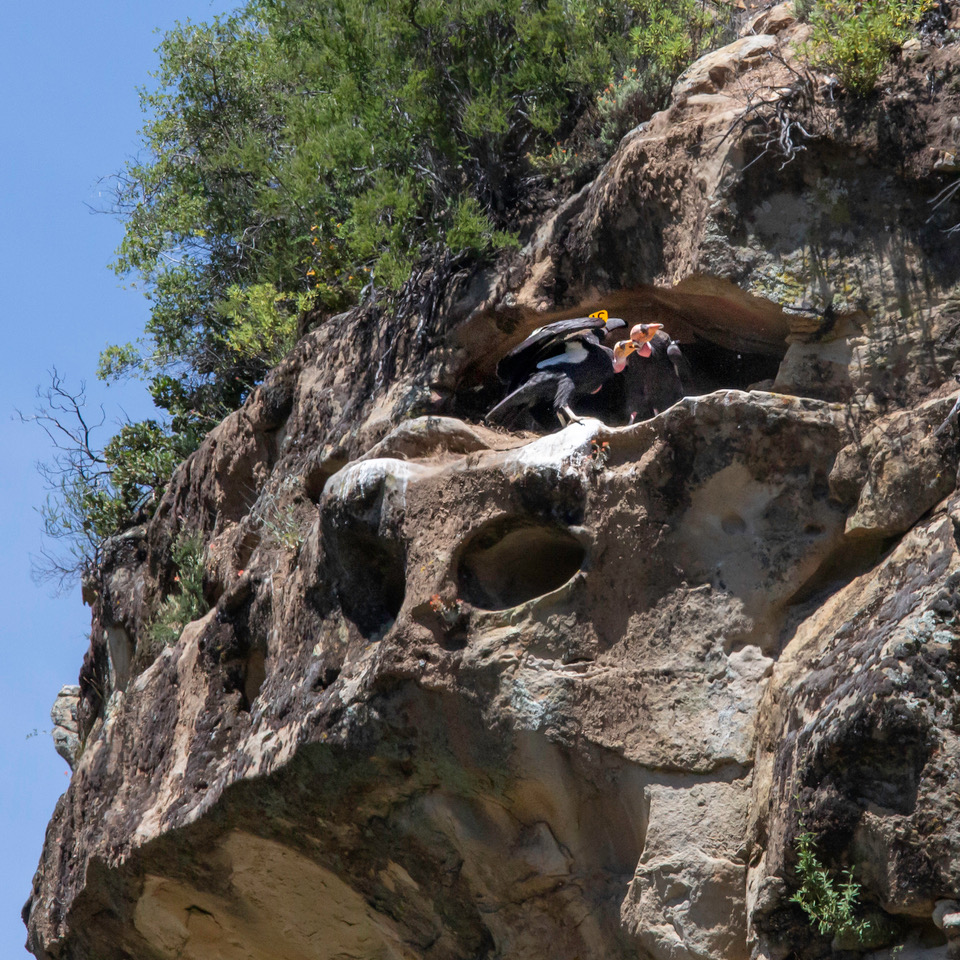 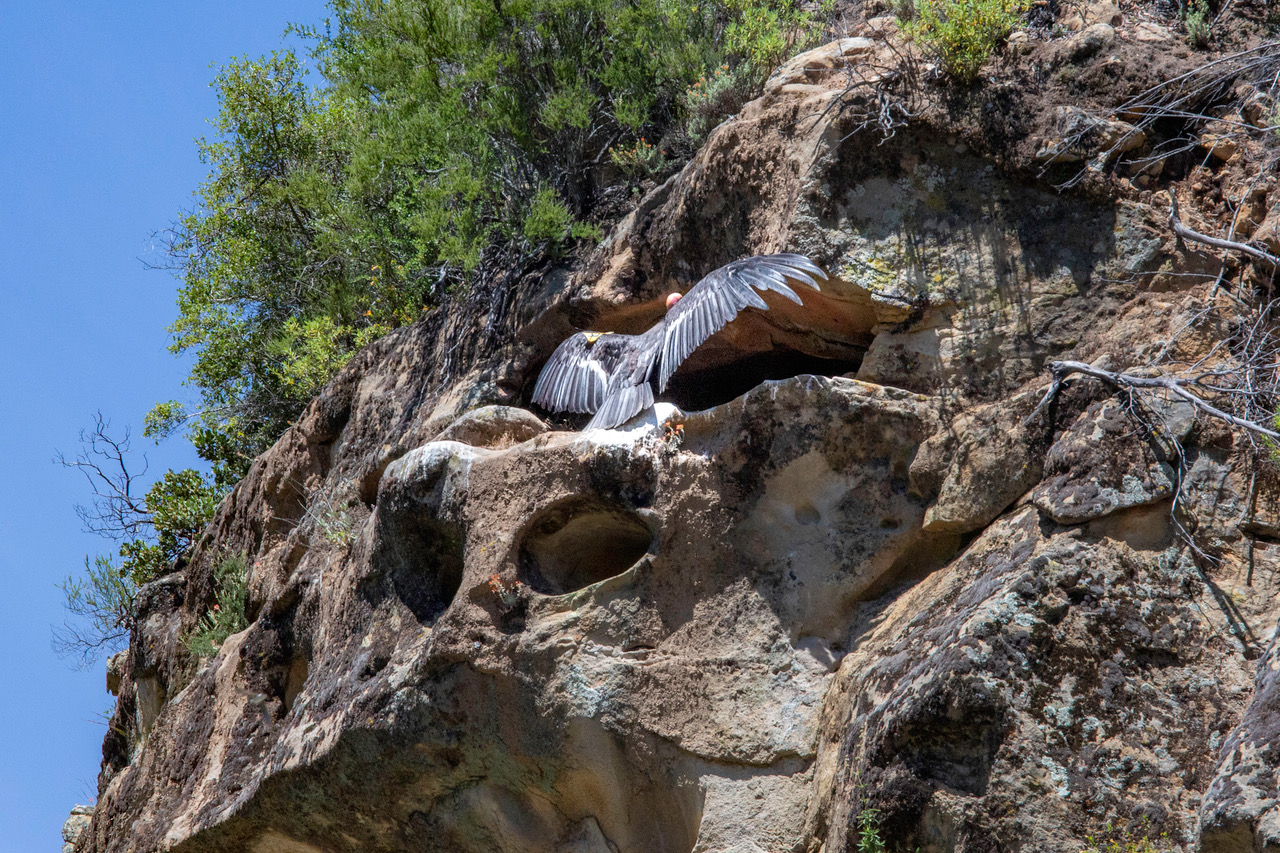